In the Middle with Jen Malone

Today, we are in the middle with Jen Malone, chatting about her adorable middle grade debut, At Your Service. 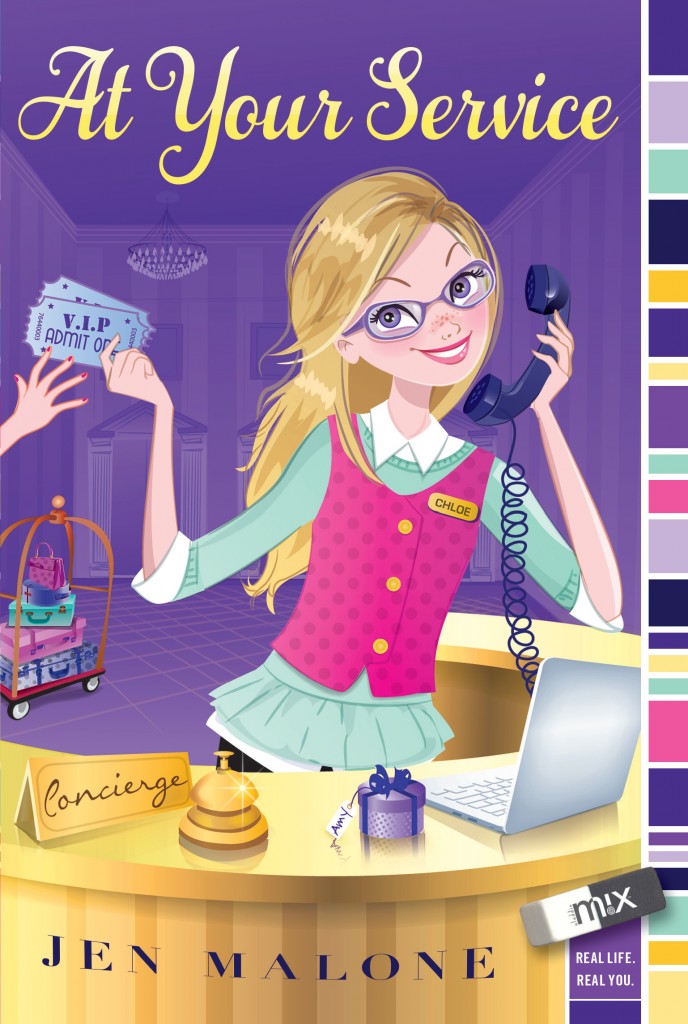 Thirteen-year-old Chloe Turner wants nothing more than to follow in Dad’s footsteps as a respected concierge in a posh NYC hotel. After all, living at a hotel is heaven, and perks like free concert tickets and all-access passes to boutiques, restaurants, and attractions aren’t too shabby either.

When the spoiled brat child of an important guest is only placated by some quick thinking on Chloe’s part, Chloe is awarded the role of Junior Concierge. But she might be in over her head when tasked with tending to the every whim of three royal guests: a twelve-year-old princess who can’t stand Chloe, a cute fourteen year-old prince(!), and their ten-year-old sister, who has a nasty knack for getting herself lost. After the youngest princess slips Chloe’s care, Chloe and the remaining royals must embark on an event-filled hunt for her through NYC’s best tourist spots.

At Your Service is available on IndieBound, B&N, and Amazon and in bookstores near you.

I think I particularly love the push and pull between being a tween and maybe wanting to revel in the lack of responsibility and the magic of childhood and YET also equally wanting so badly to grow up and have real grown-up responsibilities and freedoms. To me, it’s a fascinating crossroads. Plus, I love writing totally wacky scenarios and pratfalls and those lend themselves well to middle grade stories!

Funny enough, I actually have an interview with my tween self on my website where I break her(my) poor little tween heart by telling her(me) that we do not, in fact, marry Craig Zimmerman. I think I would mostly like her to know that it’s perfectly okay to be a little bit awkward and a lot bit boy-crazy because those things will both influence the writing SO MUCH when the time comes!

I don’t know, I’ve been getting some quite crazy ones. I can mostly guarantee that no one has asked- or will ever ask- me what the square root of 4116345 is and I would like to answer with a resounding, “How the heck should I know? There’s a reason I WRITE, people!”

If I were ever asked that, I’d certainly have to google the answer. Thanks for stopping by, Jen, and congratulations on your debut!