In the Middle with Lauren Magaziner

I was obsessed with witches and magic as a girl. Kid-me would have read today’s book ragged. Kid-me would have also told adult-me to hurry up and tell you about the book! Today, we are in the middle with Lauren Magaziner and her magical debut, The Only Thing Worse than Witches: 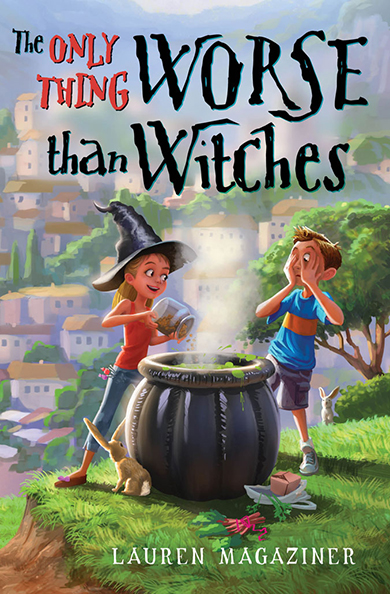 Roald Dahl meets Eva Ibbotson in this hilarious middle grade debut perfect for reading aloud!Rupert Campbell is fascinated by the witches who live nearby. He dreams of broomstick tours and souvenir potions, but Rupert’s mother forbids him from even looking at that part of town. The closest he can get to a witchy experience is sitting in class with his awful teacher Mrs. Frabbleknacker, who smells like bellybutton lint and forbids Rupert’s classmates from talking to each other before, during, and after class. So when he sees an ad to become a witch’s apprentice, Rupert simply can’t resist applying.But Witchling Two isn’t exactly what Rupert expected. With a hankering for lollipops and the magical aptitude of a toad, she needs all the help she can get to pass her exams and become a full-fledged witch. She’s determined to help Rupert stand up to dreadful Mrs. Frabbleknacker too, but the witchling’s magic will be as useful as a clump of seaweed unless Rupert can figure out a way to help her improve her spellcasting—and fast!

The Only Thing Worse than Witches is available on IndieBound, Barnes & Noble, Amazon, Book Depository, Books A Million, and in bookstores near you.

Laughter, laughter, laughter. Jokes and joy. Guffaws and giggles. Chortles and snortles. My humor skews more toward silly and absurd, which is a perfect fit for middle grade stories, where funny and fantastical things often happen! I feel very lucky to write for middle grade readers, who love humor, adventure, magic, and silliness as much as I do! 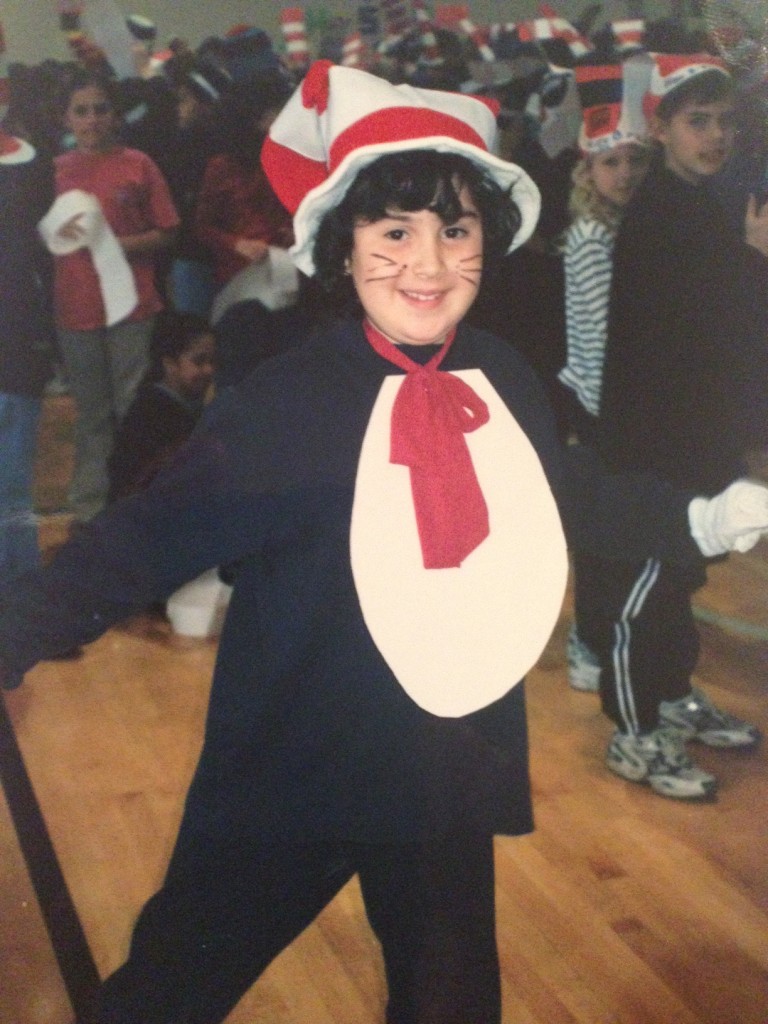 Oh, I wouldn’t tell her ANYTHING. The repercussions of tampering with the laws of time are rather immense. Just by giving Little Lauren advice or a warning, I could unravel the very fabric of our existence! Create some sort of paradox! Get us both stuck in a time loop! Break off into alternate parallel universes in which Little Lauren never ends up becoming an author, thus the Lauren that’s sitting here answering this question doesn’t exist, thus this blog post never gets written.

And you would be very sad about that, I know.

Besides, fourth-grade Lauren doesn’t need my help. In some ways, she has a lot of things figured out: like being able to proudly and confidently dress up as one of her favorite book characters in public. (Some things will never change for her.)

After passing the witch Bar Exam, which witch name would you choose, and why?

Why? Because collywobbles (which means stomach pain or queasiness) is the singularly most amazing sounding word in the history of time. And because I’d hope to be a fearsome enough witch to induce collywobbles in humans. *cackles*  (Though in honesty, it would probably be one of those names that’s ironic, as I’m very friendly.)

I love the word collywobbles! Thanks for stopping in today, Lauren, and congratulations on your debut!