Adventures of Heidi: Snakey and Sal, A Friendship Tale

Holiday season television is about to hit an all time low. We are talking about inside the belly of a snake low. In case you haven’t heard about it, here is the trailer for Discovery’s Eaten Alive:

Granted, I know nothing about the show other than what I saw in the trailer, but it seems like a cheap stunt—and one that I will likely watch.

Speaking of being eaten alive, who wants a Poorly Illustrated Adventures of Heidi story? All right, kids, gather round!

Once upon a time there was a Heidi. At the time of this telling Heidi was seven or eight and looked something like this: 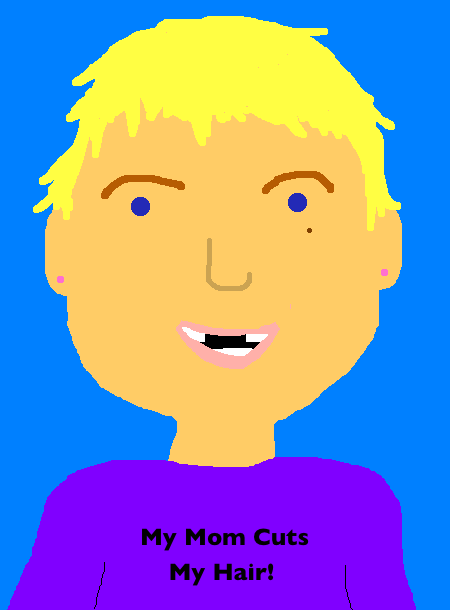 Heidi and her older brother liked to play under bridges and on highway overpasses and at nearby industrial ponds. These things were not forbidden because it was the nineteen eighties and no one knew what kids did all day.

If Bob Ross had painted the industrial pond near Heidi’s house, it might have looked like this: 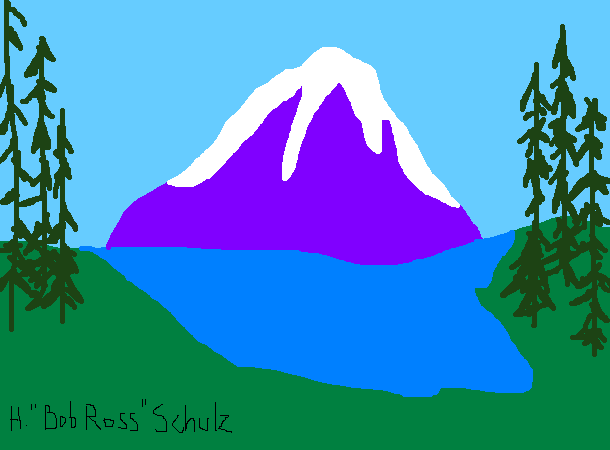 Bob Ross would have been romanticizing something far muddier, but Heidi wasn’t one to be overly critical about art.

Heidi and her brother often brought new pets home from their explorations at the pond. Tadpoles and frogs, neat looking bugs, even once a tailless cat who promptly had kittens behind Heidi’s dad’s shed, but this story isn’t about any of those.

This story is about two pond critters Heidi and her brother brought home one day: 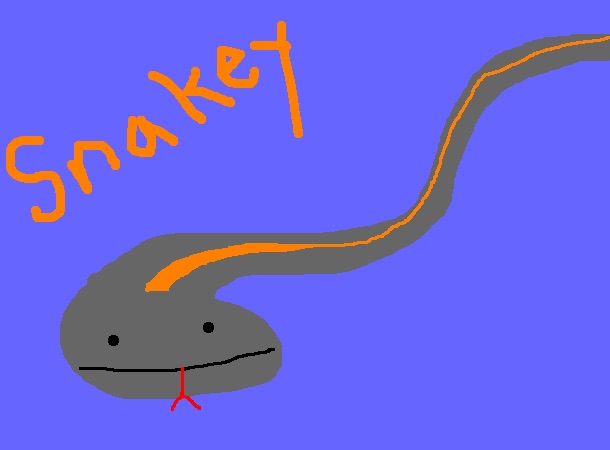 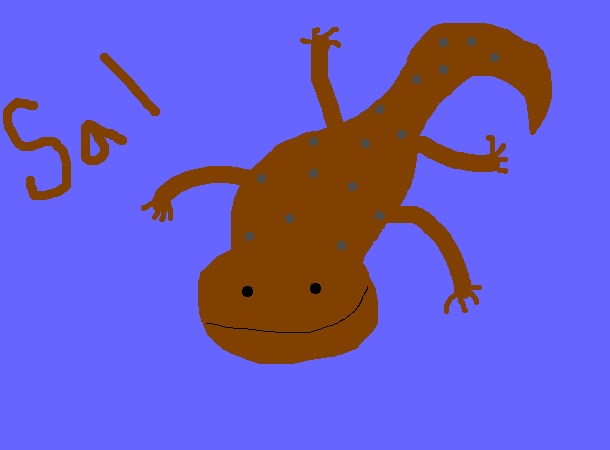 and Sal the salamander.

Heidi and her brother loved their new pets and wanted them to love each other. They made a comfortable home for them from a large orange tupperware bowl, some grass, and a small tin of water. Then they left the two pals alone to get acquainted.

Heidi and her brother returned from eating dinner to check on the new best pals. Only… where was Sal?

They searched diligently for the little guy, but let’s be honest, there weren’t a lot of places to hide in that big orange bowl. There was really only one place he could be… 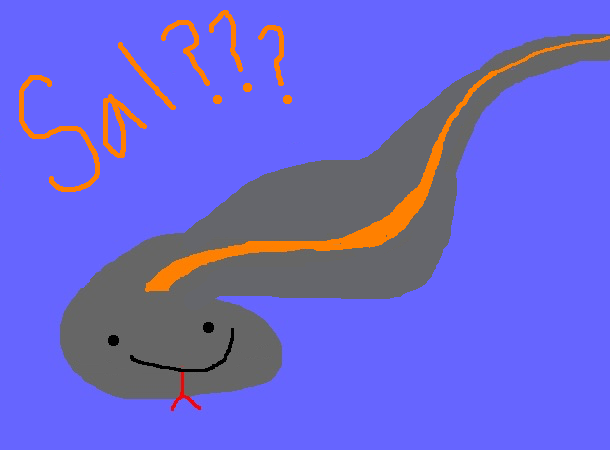 “Does Snakey look a lot fatter to you?” Heidi’s brother asked.

“He really does,” Heidi replied.

“SAL!” they cried in unison, but not really because crying in unison usually only happens in books.

Heidi’s brother gave him a gentle upward, squeeze, like Snakey was a tube of toothpaste.

Snakey opened his mouth and… 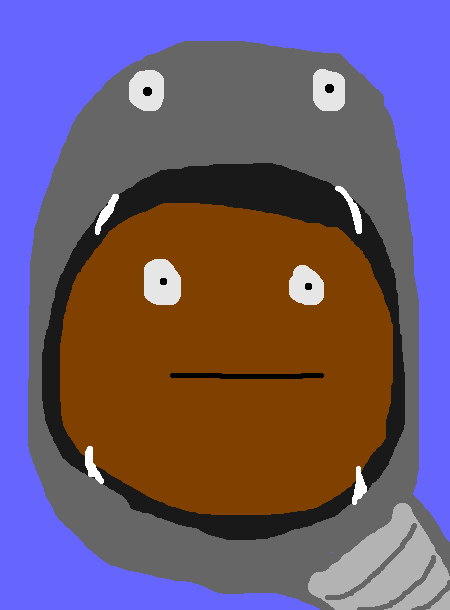 But perhaps most surprised of all was Sal, who had survived his brief trip into the belly of a snake.

All parties involved felt it was best if Snakey and Sal did not become friends after all.

Heidi and her brother allowed them to vacate the orange bowl and relocate to separate areas of the backyard where they lived happily ever after.