This is you from the future (the way way far future…middle school seems so long ago now!). Life is pretty great! You have an awesome husband, adorable new baby and a cuddly dog who loves to lay by you when you write!

I want to tell you a cool story about a time in your life when you were really upset, because it has a really happy ending that you just didn’t know about yet!

So remember at the start of middle school when there was a meeting after school about band? And all the instruments were spread out in the music room, and you could try them all out? Remember how you fell in love with the saxophone (probably partly because your cousin and close friend, Shelly, played it and partly because Lisa Simpson played it…yep, you must have been onto something when you were obsessed with The Simpsons, because over twenty years later, it’s still on the air!). Anyways, you wanted to play the saxophone so bad and as your other friends were trying out instruments, you didn’t even touch another one because you knew that the saxophone was the one meant for you.

You went home all excited to tell your mom about it but instead of being as excited as you were, she looked upset. You didn’t understand why until she told you how expensive the saxophone was. And how she couldn’t afford for you to play it. Remember how upset you were? Your mom felt bad and told you that you could keep taking piano lessons, but it wasn’t the same. You wanted to pick up that shiny saxophone and press down on the keys again. You wanted to leave regular music class and go to band with the rest of your friends. You wanted to be a part of the Christmas concert and spring recital and wear a fancy black skirt and white blouse while everyone watched you play.

You were really sad about it and as much as you tried to hide your disappointment, your mom could tell. So she suggested that instead of the saxophone, you could take acting lessons at The Beck Center. You loved the Beck Center! Your Girl Scout troop always went to see the children theater shows there, and you used to beg your mom to let you be a part of it. You quickly agree, the saxophone forgotten and this begins one of your greatest adventures. You start going to classes every Saturday and eventually get a role in a play. You’re only a townsperson in Cinderella, but you treat it as if you have a lead. You get cast in more shows and you couldn’t be happier. The Beck Center becomes your home away from home, and you make some of your best friends there. You love acting and are so thankful that your mom suggested you do this instead of the saxophone. 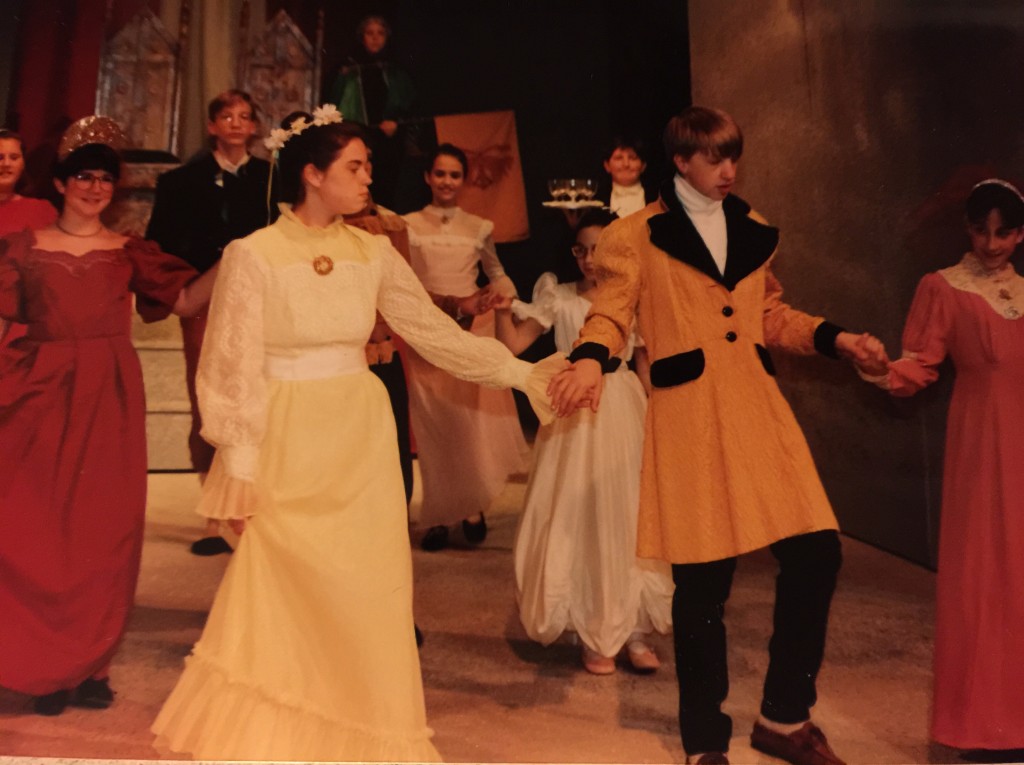 Fast forward to twenty plus years later. You still love theater. You minored in it in college, you’ve directed shows at the middle school where you teach, and you’ve seen so many plays you’ve lost count (including two on Broadway!). One day you have an idea for a book, sparked by your years spent in children’s theater, and it starts to grow in your head. You sit down to write it and Operation Pucker Up is born. Your agent sells it and now, in a week, you’ll have your launch party at The Beck Center! And your old friends will be there reading chapters from the book and acting them out! How cool is that!?!

So what I really want to say to you is don’t be too sad about not playing the saxophone, because it was a blessing in disguise. It might have seemed unfair at the time, but look at what happened because of it! You were introduced to one of your favorite places in the world and made some best friends for life. So remember that life can surprise you sometimes. I’ll be thinking of the funny way things can turn out as I’m standing on that same stage you once did and thanking everyone for coming out to celebrate the release of Operation Pucker Up! 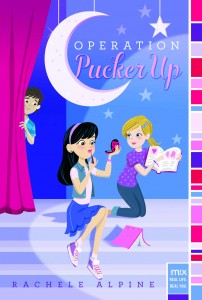 First kisses are always nerve-racking—but especially when they’re onstage! Can Grace find a real-life Prince Charming before she has to lock lips in front of a crowd?

Grace Shaw is thrilled to pieces when she wins the coveted lead role in her school play. That is, until she realizes she’ll have to kiss Prince Charming. And not only is Prince Charming—a.k.a James Lowe—the most popular boy in school, but Grace has never, ever been kissed.

To help, Grace’s two best friends create Operation Pucker Up—a plan for Grace to score a kiss before opening night so she doesn’t make total fool of herself in front of a live audience. If that weren’t enough to think about, Grace’s father, who left six months ago, suddenly walks back into her life. Haddie, her mom and sister have bonded as the “Terrific Three” – and while two of the “Three” welcome Dad back with open arms, Grace isn’t sure she can forgive and forget.

With Operation Pucker Up spinning out of control, and opening night fast approaching, will Grace manage to get her happily ever after—both on-stage and off?

Find Operation Pucker Up on IndieBound, Amazon, B&N, and Target or ask for it at bookstores and libraries near you.