Hey Kid! with Dori Hillestad Butler (THE GHOST IN THE TREEHOUSE)

Yeah, you. The one coming out of the library with that…eclectic stack of books. I know the high school girl who checked those books out to you is now running around to all her co-workers, showing them what you checked out, laughing at you. 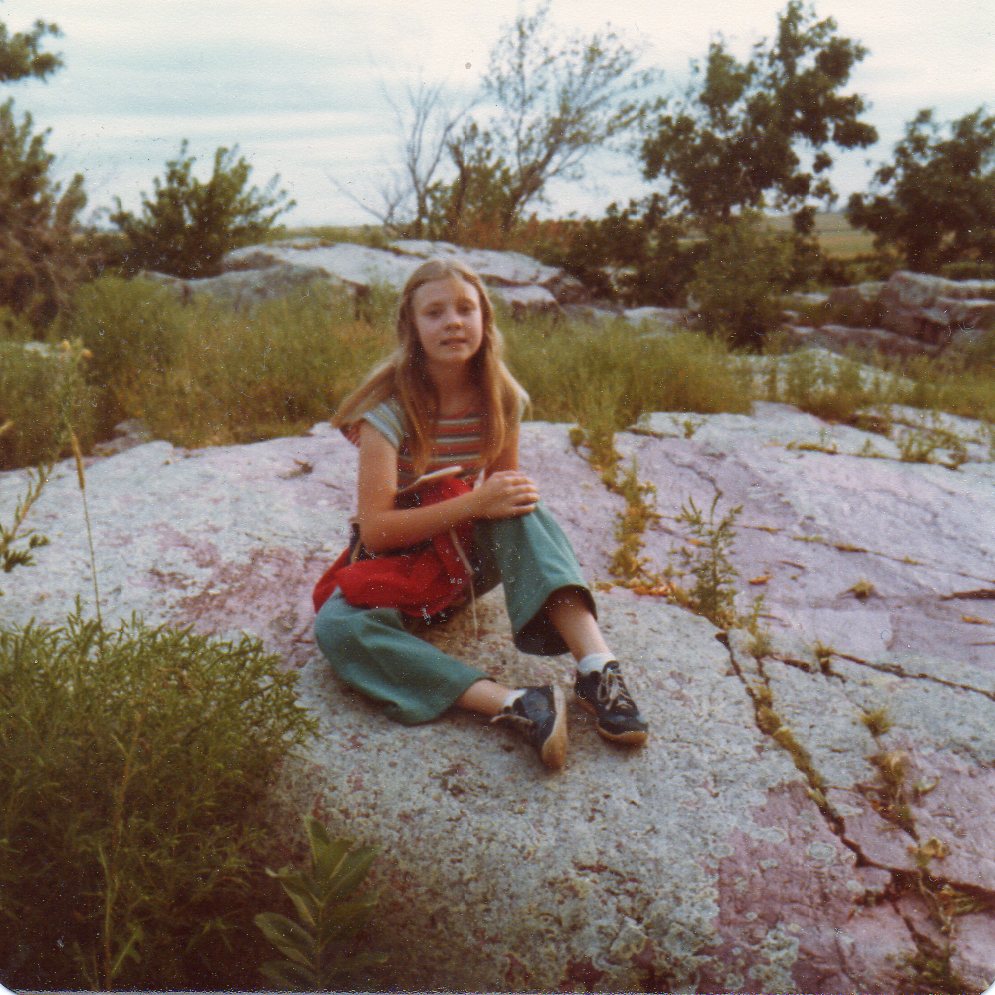 So what? Why do you care what anyone thinks of your choice of reading material?

Let’s see what you’ve got there:

-Two Nancy Drew books. Yes, you’re still a huge fan at age 12. You’re a little embarrassed by that because no one else your age reads Nancy Drew, but why shouldn’t you read what you love?

–Foster Child by Marion Dane Bauer. You’ve already read that (and Shelter From the Wind), but you want to read it again. You know that Marion Dane Bauer lives in Minnesota just like you! You fantasize about meeting her (or any author). She gives you hope that a girl from southern Minnesota can grow up to become an author.

–Forever by Judy Blume. The girls at school are passing a copy of that book around, but you’re too shy to ask for a turn. So you checked out your own copy.

–Wuthering Heights by Emily Bronte. You like the title. And the cover. You know it’s a classic and you feel like you should read the classics because that’s what people who want to be authors read.

– The Exorcist by William Peter Blatty. You aren’t sure about that book, but your best friend is reading it, so you want to read it, too.

How do I know all that? Because I’m you! Thirty eight years from now!

I want to talk to you about just happened. I know this feels like a Big Deal. You just got laughed at in the library, your favorite place in the whole world, and you don’t know if you’ll ever get over it. (You will.)

Let me tell you a couple other things that might help you feel better:

But you’ll come back. When you’re working here in high school, you’ll stay in the library by yourself after its closed and you’ll write. Yes, you’ll get caught. (Don’t worry, that won’t turn out as bad as you think it will.)

There’s something about the library that’s in your soul. You walk into a library and you feel things that other people don’t. That won’t ever go away. When you grow up, you’ll check out the library before you move to a new community. That will tell you everything you need to know about whether or not you want to live there. Some of your best friends will be librarians. You’ll be proud to know them because you’ll see what an impact they have on your community. You’ll join the Friends of the Library and eventually, the library board.

And one day, when one of your own books is among the most challenged books in the country, you’ll appreciate the library on a whole new level.

By the way, you’re NEVER going read the Exorcist. It’s not your kind of book. Why not put it in the book drop right now rather than haul it all the way home?

Oh, and get your mom to take some pictures of you reading. You don’t like it when your mom takes pictures, but one day, it’ll bug you that this is the only picture anyone ever took of you reading a book when you were a kid: 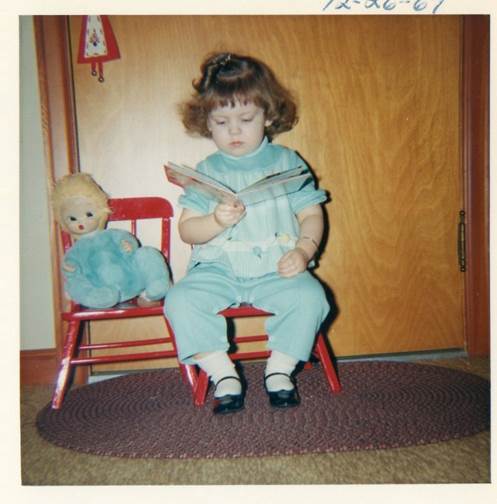 Okay, I’ve got to run. See you in the library! The Haunted Library, that is. I know you have no idea what I’m talking about. But you will… 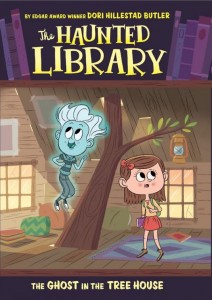 The Haunted Library is about a ghost boy and a solid girl who work together to solve ghostly mysteries and find the ghost’s missing family. #7: The Ghost in the Tree House (Grosset & Dunlap) just came out on March 29, 2016.

A group of girls in Claire’s town have noticed strange sights and sounds coming from the tree house where their club meets. Is it a rival boys’ club trying to scare them away? Or is it a ghost? The girls ask Claire to tackle the mystery—and Kaz hopes to finally find the rest of his missing family members!

Look for The Ghost in the Tree House, and all The Haunted Library books on Indiebound, Amazon, B&N, and Seattle Mystery or ask for it in bookstores and libraries near you.