When I look back at you from the distant future, I see you playing with your two best friends at recess. Two years ago, you made up an amazing, complicated game, “All News Channel,” in which the three of you are investigative reporters who run around solving mysteries. You play the news anchors. You play the interviewees. You play the sports reporters and the weather forecasters and even the commercial actors, who sell all kinds of silly, useless things that make you laugh. It’s an all-consuming game, and it never gets boring or repetitive, because you and Lauren and Emi have an endless capacity for imagination. You kind of feel like it could go on forever. 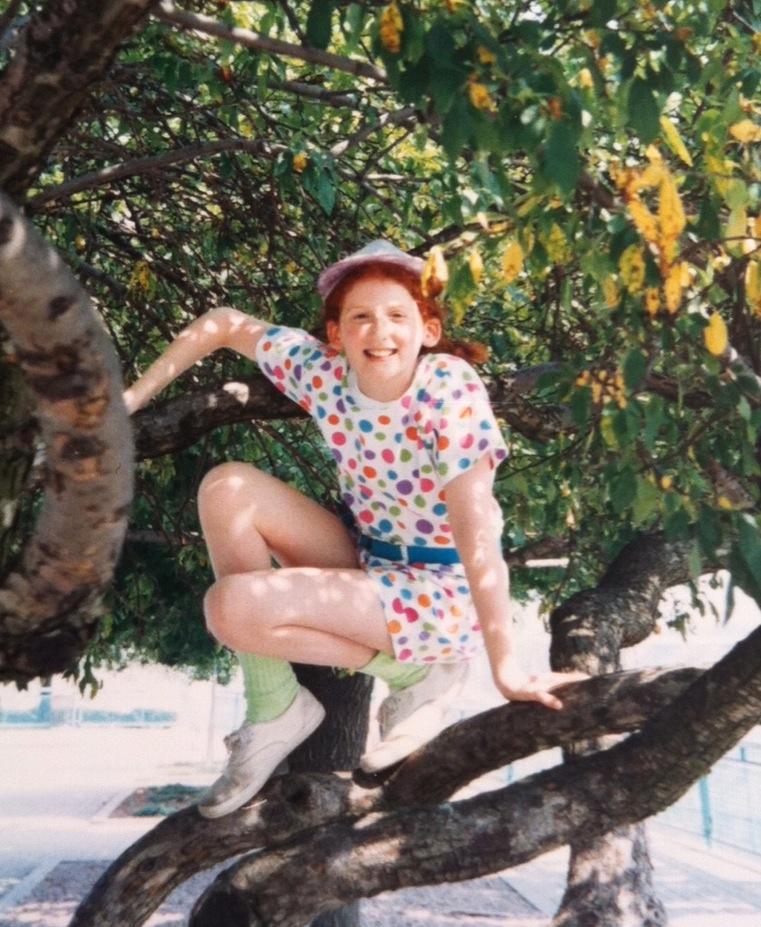 Unfortunately, it won’t. Because pretty soon, people are going to start thinking you’re too old to play.

In a few months, you’ll overhear your parents saying your imaginary games are childish, that you act younger than your age. They don’t feel childish to you, but the comment will sting, and it’ll plant seeds of doubt in your mind. Soon after that, Lauren will start spending recess at the picnic table with the new girl in your class, who wears ripped flannel and lots of eyeliner, and the guy who inexplicably has hundreds of safety pins attached to his weather-inappropriate trench coat. Emi will get really into popular music, and you’ll feign interest when she rambles on and on about the lead singer of the Red Hot Chili Peppers. You’ll let “All News Channel” go, and you’ll start playing Four Square at recess with the other girls in your class instead.

You’ll still have fun, but it won’t be the same. You’ll miss your game, and you’ll wish you still had an excuse to use your imagination every day. But you won’t say anything, because you don’t want to be seen as childish.

But here’s something nobody will tell you for a long time, little Alison: there’s a big difference between being childish and being childlike. Having an imagination and a capacity for wonder will serve you very well throughout your life, and you should hang onto those qualities with everything you have. They’ll make you an interesting, fun grown-up who delights in things that are different, absurd, and unexpected. They’ll ensure that you keep an open mind. And they’ll give you the skills you need to be an author who writes for kids like you.

And guess what? When you start writing books, you’ll find tons of other adults who hung onto those childlike qualities, too. They’ll become your best friends, and you’ll stay up late into the night having conversations full of “what if” questions. You’ll even get to write collaborative books with some of them, which will mean spending all day every day making up stories about the people who live inside your collective brains. It’ll be like an endless game of All News Channel, and people will pay you for it.

So it’s okay to grieve when your game ends. But you don’t need to worry that you’ll never get to play again. You’re only taking a break.

P.S. Curly hair looks better if you don’t brush it. 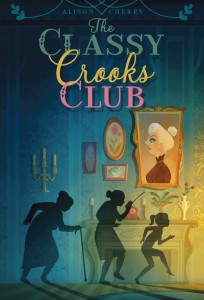 Twelve-year-old AJ dreads spending an entire month living with her strict Grandma Jo. Not only does her grandmother dictate how she walks, what she eats, and which rooms she can enter, she fills all AJ’s free time with boring sewing lessons. Grandma Jo wants nothing more than to transform her adventurous, fun-loving granddaughter into a prim and proper lady.

But AJ’s dull summer takes a sharp turn when she discovers that her grandmother’s “bridge group” is actually a heist club. When Grandma Jo offers to let AJ learn lock-picking instead of embroidery in exchange for help with a few capers, AJ is happy to join her grandmother’s madcap band of thieves, who claim to steal only for ethical reasons. But even the most respectable ladies can hide truly surprising secrets, and AJ finds she must decide for herself what it means to be one of the good guys.

Find The Classy Crooks Club on Indiebound, B&N, and Amazon, or ask for it in bookstores and libraries near you.