Hey Kid! with Terra Elan McVoy (THIS IS ALL YOUR FAULT, CASSIE PARKER) 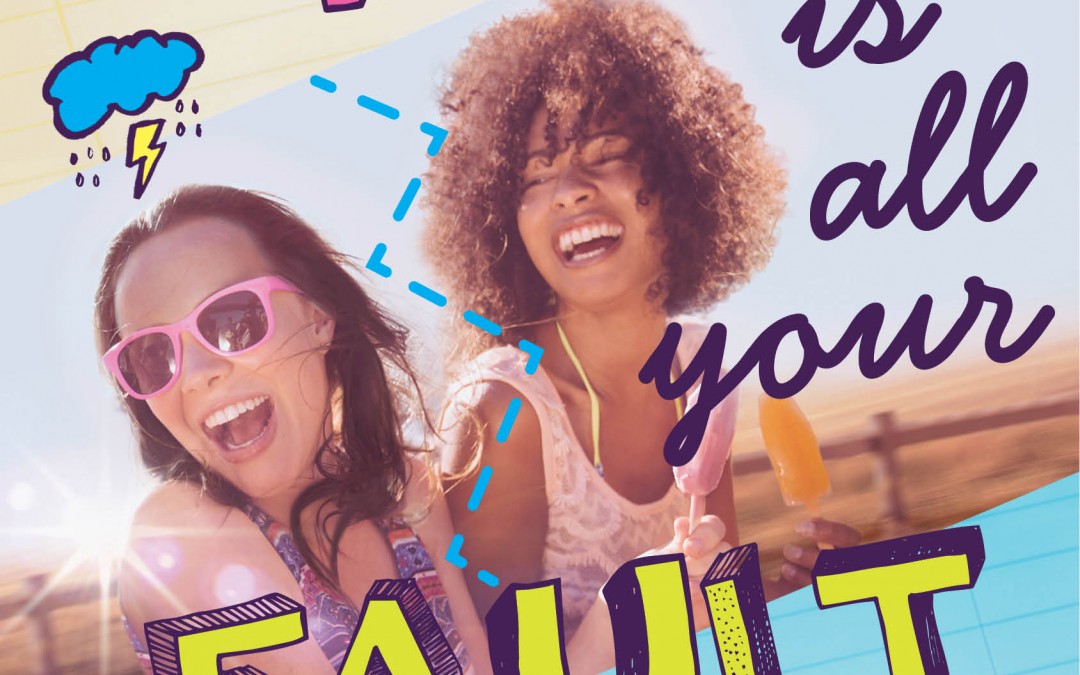 You know all that reading you love to do? Exploring the shelves of the library on your own and randomly choosing things that appeal? Keep doing it. 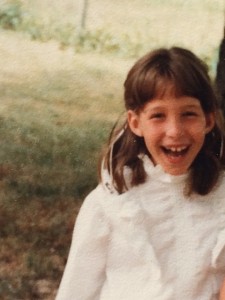 Also, those stories you like writing, and that diary you’re putting all your thoughts and feelings into are very good uses of your time.

Both will really pay off for you, though I don’t want to spoil the surprise.

In fact, you’re about to get into an even more productive writing phase once you find that poetry book on mom’s shelf. I don’t have a lot of advice there, because you do a good job with it. Mainly I want to thank you for what you’re doing. Thanks for keeping it all up. For experimenting and showing people what you write. For taking it all very seriously.

Middle school is actually a pretty great time for you, kiddo, so I don’t have a ton to say in that department, either. Only that maybe you can spend a little less mental energy focused on boys. And assure you that the major friend heartbreak you’re about to suffer will turn out to be a very good thing. It’s gonna hurt like hell, but trust me; it takes a long time to straighten out, but when it does it’s fantastic. In general you’ll have wonderful friends—keep having a blast with them—and terrific fun with clothes. I still wish we had some of the stuff you picked out then.

I know there’s a lot of pressure on you right now at home. You’re shouldering a lot, and will have shoulder even more, I’m afraid. It isn’t fair. It will cause us some problems later in our grownup life, I hate to say. But it’s also part of who we become and that has turned out, so far, pretty awesome in spite of hardship, so I don’t really know what to tell you about it. Only that I, and lots of other grownups around me now all know (including Dad) that you never should have been put in that position.

Whatever bad decisions the grownups around you made—they aren’t your fault. Okay? I know you don’t even feel that right now in a conscious way, so this may seem a little heavy, but keep that sentiment in your heart for when you need it.

Meanwhile, keep dancing your bootie off at every opportunity, keep laughing wildly in the halls, and coordinating all your friends for parties and hangouts. Keep babysitting (though maybe save that money instead of immediately spending it on clothes). Keep reading, and above all keep writing it down.

Just keep being you, kid, and we’re gonna turn out fine. 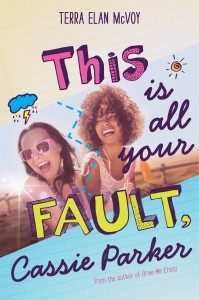 In this heartwarming companion to Drive Me Crazy, twelve-year-old Fiona Coppleton is living a middle schooler’s worst nightmare: her diary was made public and her best friend is partly to blame.

Fiona and Cassie are supposed to be best friends forever. No one else listens or makes Fiona laugh like Cassie, and that meant everything when Fiona’s parents were divorcing. They love each other in spite of their (many) differences, and even though Cassie cares a little too much about being popular, Fiona can’t imagine life without her.

Until Fiona’s diary is stolen by the most popular girls at school, and her most secret thoughts are read out loud on the bus. Even worse: Cassie was there, and she didn’t do anything to stop it. Now, for some reason, she’s ignoring Fiona. Suddenly the whole world has shifted.

Life without a best friend is confusing, scary, maybe impossible. But as Fiona navigates a summer of big changes, she learns more about herself—and friendship—than she ever thought possible.

Find This is All Your Fault, Cassie Parker at all the usual online places, including IndieBound and B&N, or ask for it at libraries and bookstores near you!