I know you think I’m just telling you this, but things get better after middle school. You started off in 6th grade with high hopes, and that’s a good thing. Don’t let Mr. Olds get you down. He sucks as a math teacher, but you are better at it than you think you are. Someday, though you probably would die laughing, you’re going to teach a subject that’s mostly math. No, seriously. And you’ll like it. 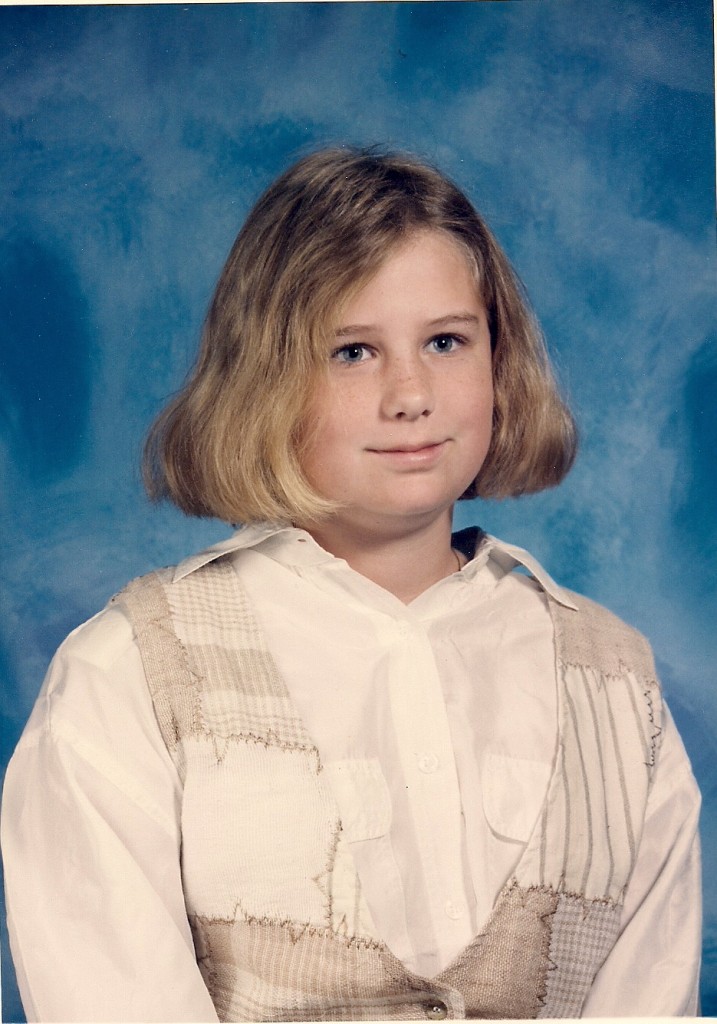 Stop rolling on the floor. It’s the truth.

Don’t sweat the bowties in Panther Elite. No one notices them anyway when you’re singing. Plus, everyone else is wearing them too. Someday, you’ll watch Doctor Who and realize that bowties are cool. Fezzes though, are still pretty out there. Luckily, you know that.

Keep writing. You’ll save all those notebooks and look back on them and realize that was the beginning of becoming a “real” writer. Writing a 200 page book in middle school is a big deal, and you’re allowed to be proud of yourself. Don’t let anyone tell you any different! Read as many books as you can, and ignore everyone who tells you they aren’t appropriate for you or they are too old. Mom lets you do it, you like them, that means you’re good. Also, don’t get rid of so many books. I KNOW Mom tells you to clean things up, but you’ll wish you’d kept some of them someday.

Also, those middle school librarians probably weren’t as scary as we thought, but there’s still the public library, so it all evens out in the end.

Also, you’re a nerd. Embrace it. It only gets worse (or better, depending on how you look at it) from here on out. You’ll eventually realize that being a nerd is pretty much the best thing ever. You are already halfway there, so just keep swimming. Big Bang Theory is coming, and you want to be prepared, after all.

The last thing I want to remind you of, is to have fun. You try hard to pretend you don’t care. Eventually you’ll be comfortable in your skin and you really won’t care (much), but for now, just try to remember that its middle school and they are just as awkward and uncomfortable as you are, if not more. Have fun anyway. Hang out with Ashley, Kirstin, and the group as much as you can. You’ll all go to separate high schools, and you’ll only kind of keep track of each other through the years. It will be a LONG time before you reconnect with any of them. Take advantage of them while you’re there.

And no matter what anyone tells you, keep on being a Halloweenie. It will pay you well in your writing future. I’m proof of that.

Keep writing. Have adventures. Middle school is only three years! 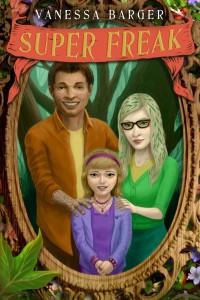 Thirteen-year-old Caroline is a freak. Her parents have uprooted her to a town full of Supernaturals. You’d think she’d be thrilled. But, with someone without a magical bone in her body, this daughter of tree sprites feels like even more of an outcast than she has ever before.

To make matters worse, her new home is cursed. But when Caroline takes to investigating the mysterious and strange happenings of Harridan House, her BFF goes missing. Seems someone doesn’t want Caroline sticking her non-magical nose where it most certainly does not belong. Determined to prove herself, Caroline uncovers a plot to destroy her new hometown.

Undeterred, Caroline can’t give up. But what’s a human without magical powers to do? Caroline better figure it out fast, before she loses everything she has ever loved and the whispers she’s heard all her life prove true: Caroline is a useless superfreak.

Super Freak is available on Books-A-Million, B&N, Amazon, Month9Books, or ask for it in bookstores and libraries near you.