I love giving presentations and teaching writing to kids and adults! If you are interested in having me come speak to your group, click here for more information.

It seems like Hook’s Revenge was just released, but around here it’s time to get excited about the sequel. I’m revealing the cover for Hook’s Revenge: The Pirate Code on Mr. Schu Reads today. Here’s a sneak peek: 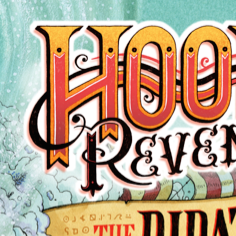 Pop on over to Mr. Schu’s to see the full cover, front and back, and hear a bit about the book from me and illustrator John Hendrix.

Hook’s Revenge: The Pirate Code will be available September 15. You can preorder now on B&N, Amazon, or my favorite option, ask for it in your local independent bookstore.

I can’t wait to share Jocelyn’s further adventures with you!

I’m super excited about a new blog feature I’ll be unveiling later this week. As you may know, last year I had a wonderful time introducing you to debut authors of tween—or middle grade—books in my In the Middle series. I wanted to continue doing so with 2015 debuts, as well as a few more established authors, but with a twist.

My favorite part of last year’s interviews was the question, “If you had a time machine and could visit middle-grade you, what would you tell him/her?” In that spirit, I decided to invite authors to write a letter to themselves as a tween and share it, along with a photo of themselves at that age.

I drew this with Mac Paintbrush. Can you tell???

This concept is not exactly new. Dear Teen Me has been doing something similar for quite some time, and doing it very well. However, with Hey Kid! authors will be going back a bit further, to those tender tween years. I’ve received a few letters already and they are fantastic. I can’t wait to share them with you. The first one will post this Thursday, with a new letter following nearly every week most of the year. Don’t miss them!

Hook’s Revenge will be out in paperback on September 1. Two weeks later, on September 15, Hook’s Revenge: The Pirate Code will be released. I have seen the cover art and it is wonderful (and not created in Mac Paintbrush)! Looking forward to showing you soon! 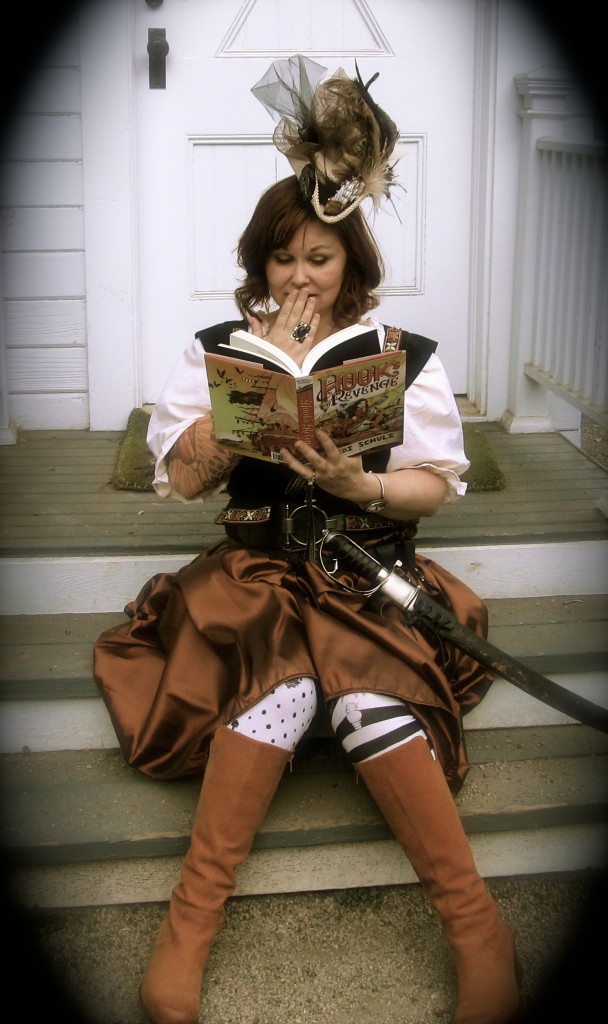 Today’s stop on my blog tour will teach you how to speak pirate, just in time for International Talk Like A Pirate Day, this Friday! Come by  The Irish Banana Review for a buccaneering language lesson, given by my pirate narrator.

Also today, don’t miss my interview on Smack Dab in the Middle!

Show Me Your Pirate Face Giveaway

Exciting Thing #1
Last week I turned in a round of revisions on Hook’s Revenge: The Pirate Code (Hook’s Revenge Book 2, out in September 2015). It’s getting closer to becoming a real book!

Exciting Thing #2
My first book, Hook’s Revenge, is out in less than two months! And, it has already gone into a second printing! So exciting!

Since the best things happen in threes, how about we have another exciting thing?

Buildup to Exciting Thing #3
I have spent the evening annotating my very last advance copy of Hook’s Revenge, filling it with secrets and inside details, like this: 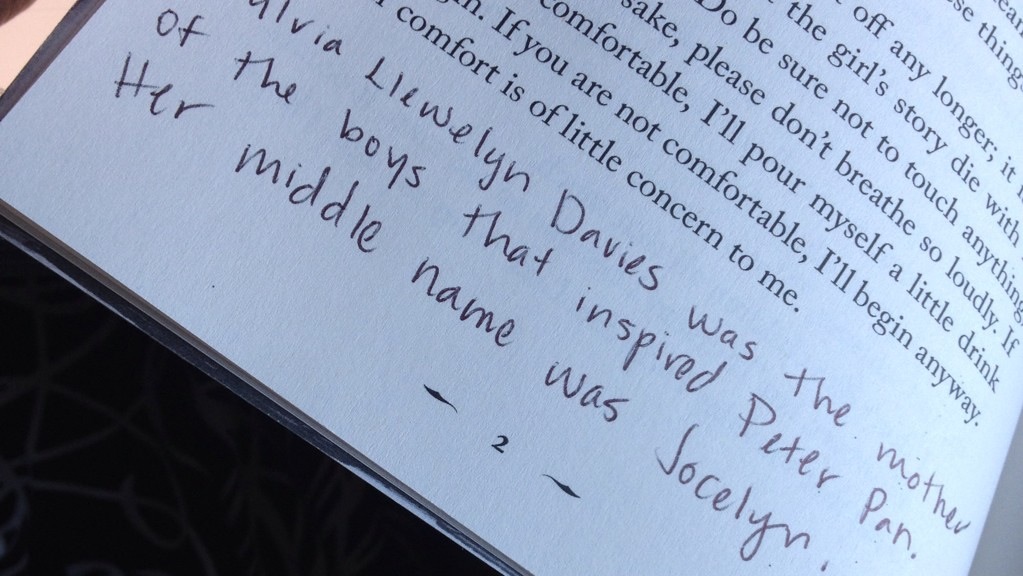 (Jocelyn is also the name of my main character.)

Exciting Thing #3
IT’S GIVEAWAY TIME!
I’m going to send the following items to one of you: 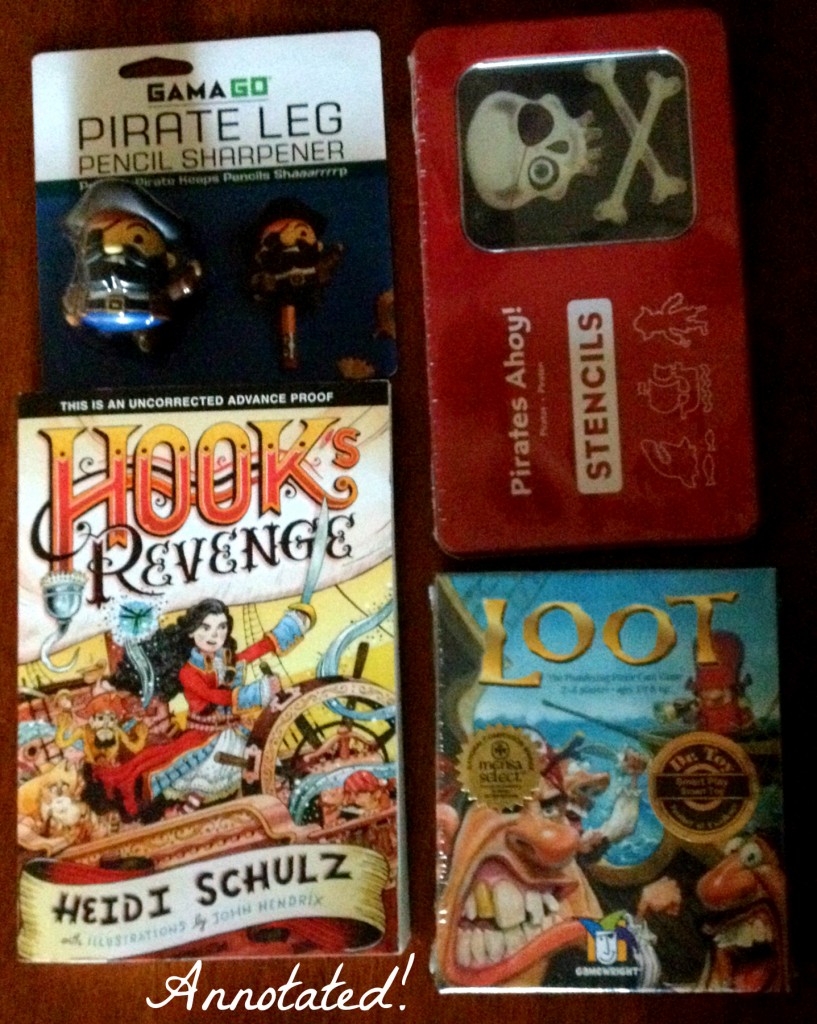 Here’s how you can win:

I want to see your fiercest pirate face. Show me you mean business and you won’t accept no for an answer. Make me believe you will stop at nothing to get your prize.

Apple and I will demonstrate (because what is more fierce and terrifying than a woman and her black-as-sin chicken?*).

Note: Please make sure your privacy settings are set to public, so I can see your posts. And don’t forget the hashtags, or I won’t be able to see your entries!

I will choose a random winner on Saturday, August 2 at 9:00 pm Pacific.

This contest is open to residents of the U.S. and Canada only. Sorry, international friends. 🙁

*Please be aware, you do not need to have a chicken in your pirate face photo. However, if you do, I will high-five you to the moon and back. I will also send you something special because regardless of the contest results, if you take selfies with chickens, you are a winner in my book.

by Heidi Schulz | Jul 24, 2014 | Hook's Revenge: The Pirate Code, In the Middle Interviews, Other Books and Reading 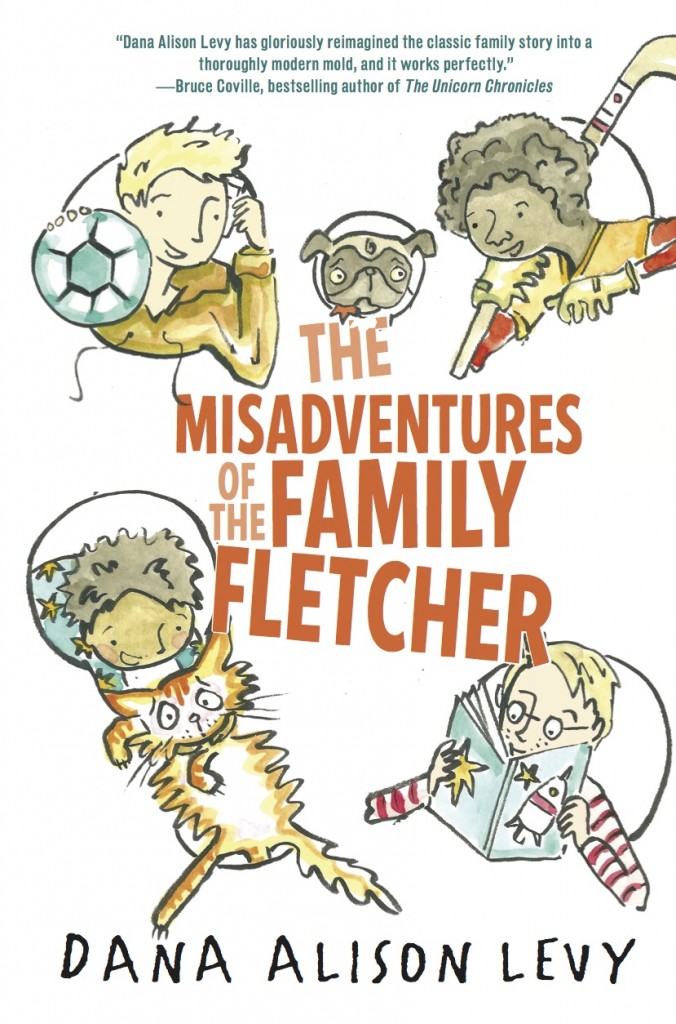 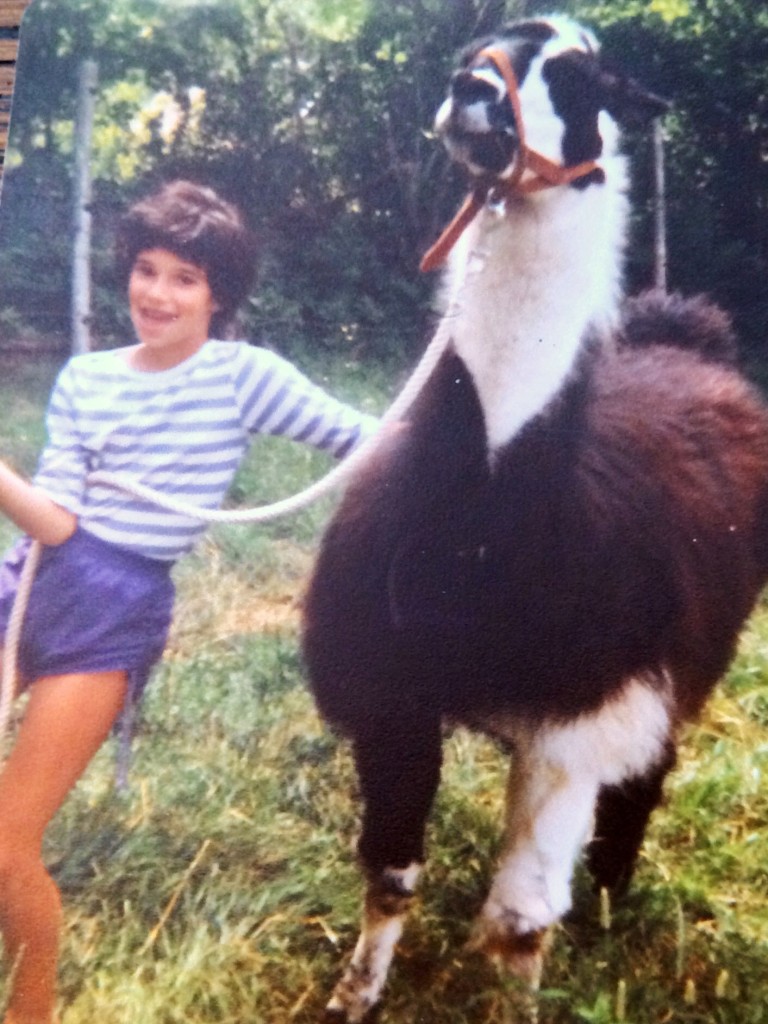