A little while ago, I posted the following information on my facebook page:

(Note: For those of you who may not know, Hannah is Newt. Or Newt is Hannah. Whichever you prefer.)
This posting led to a discussion about animals–including zombie rabbits, something about a dog and a Taco Bell wrapper, and the time I had to give a lifesaving enema to a chicken.
Yes, really.
Don’t you wish you were me?
You can read the entire thread here.
The discussion reminded me about some childhood shenanigans I have yet to share here. Since it has been quite a while since I whipped out my magic markers for an Adventures of Heidi Story, I did just that.

Once upon a time there was a Heidi. On this particular day in her life, Heidi was seven years old. Heidi’s much older sister loved to sew for Heidi and put her long hair in rag rollers for beautiful seven-year-old blond curls. (None of that back story is relevant, but sometimes Heidi likes to say things to remind her much older sister how much younger Heidi is. Heidi can be a bit of a terror to those closest to her. She is working on it. [She is not working on it.]) 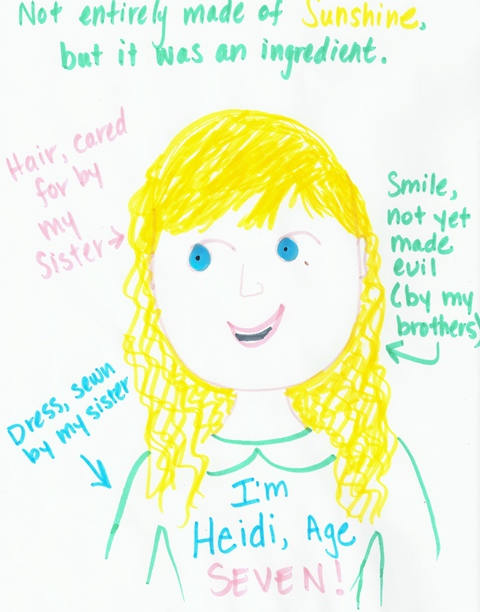 Heidi and her family lived in a house with a big backyard. Heidi’s dad grew a marvelous garden that attracted all kinds of hungry beasts, of both neighbor-child and animal varieties. One of Heidi’s brothers, just a few years older than her, liked to set traps for the creatures–and he often caught them.
Those poor children.
One day, Heidi’s dad came in the house with a treasure he had found on the garden ground. 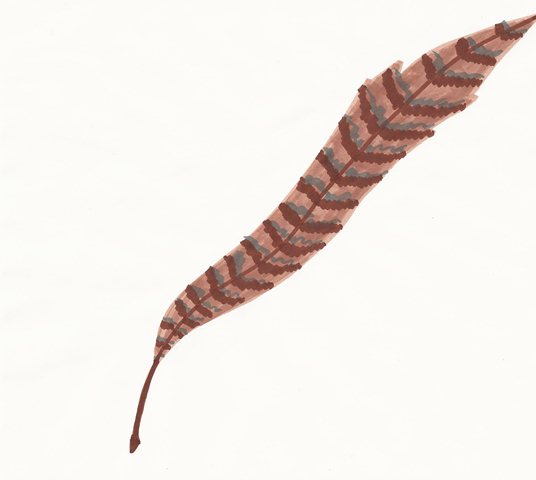 “Well,” her dad said, “it’s pretty clear what is eating my corn. Looks like a pheasant feather to me.”
And it was.
Heidi’s brother’s eyes gleamed with the idea of catching that pheasant. It was all he could talk about for minutes.
Young Heidi didn’t really know what a pheasant was, but to hear her brother talk, it was something special. Perhaps even something like this: 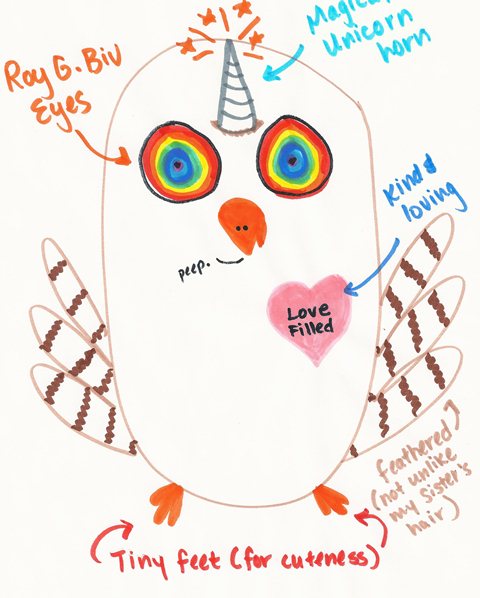 Heidi decided she would help in any way her brother needed. He settled on a plan to catch the pheasant the same way they caught frogs–with a baited fishing hook.* 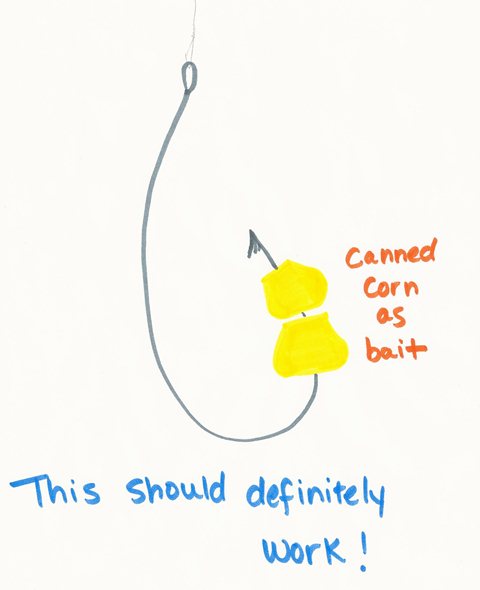 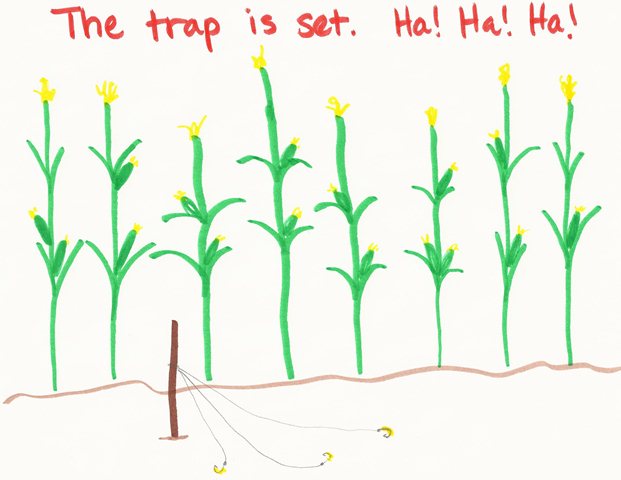 However, the next day, when Heidi and her brother checked the trap, this is what they found: 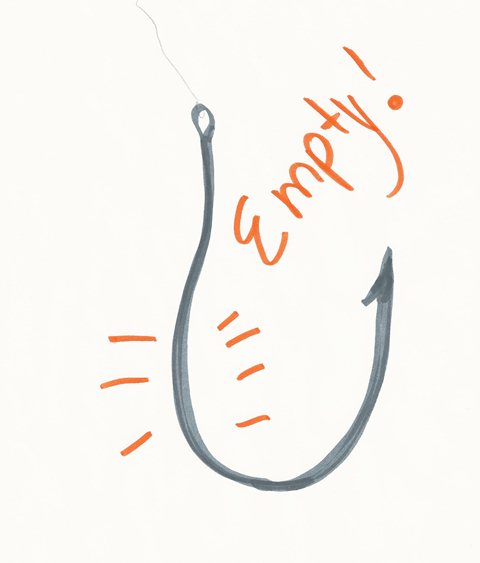 Clearly, more drastic measures were called for. Heidi’s brother decided to BREAK THE LAW. In other words, he decided to defy Heidi’s dad’s law to NEVER ENTER THE SHED WITHOUT PERMISSION.
Heidi’s brother sneaked the keys from their kitchen hook and entered the forbidden shed. He made Heidi come along because, as he explained to her, “If we both do it, you won’t tell.”
Inside the shed, the pair found just the thing: a live trap. 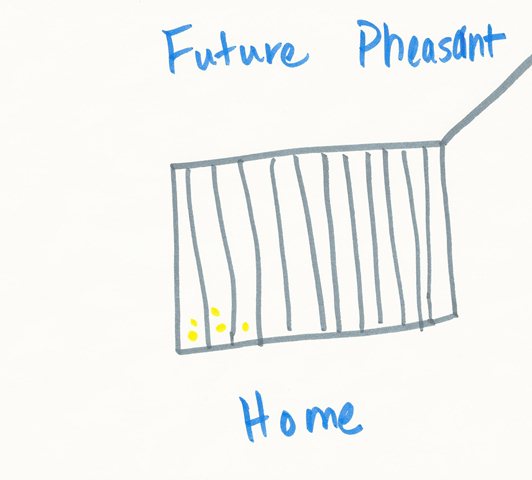 It was a wire cage with a trigger bar inside. If an animal stepped on the bar, the cage door would slam shut, trapping the creature inside.
Heidi and her brother congratulated each other on the fact that they would have a pet pheasant before breakfast the next day.
The trap was baited with corn and set far in the back of the garden, where it would not be visible from the house.
The next morning, Heidi and her brother arose early, eager to meet their new pet. As they made their way through the tall stalks of corn, they could see that something had been caught in their trap, but it wasn’t until they got near they were able to discover that it was most definitely not a pheasant.
It was a possum.
Please note, in Oregon, we do not say opossum, we say possum. If you say opossum where you live, that is fine–even though you are wrong.
The possum did not look like this: The possum was not a happy little creature. The possum was a hissing and spitting ball of evil dressed in a giant rat skin. With teeth. Really pointy ones.
Heidi was afraid of the possum.
Heidi’s brother was afraid of getting in trouble.
“Let’s kill it,” he said.
“Okay,” Heidi agreed. “But let’s not hurt it.”
“Okay,” Heidi’s brother said. “That sounds good.”
You see, Heidi and her brother may have had murder on the mind, but they didn’t actually want to injure anything–even a soul-sucking rodent demon.
Their solution was to create a pair of weapons, items they could “stab” the possum with, but without actually breaking its skin. 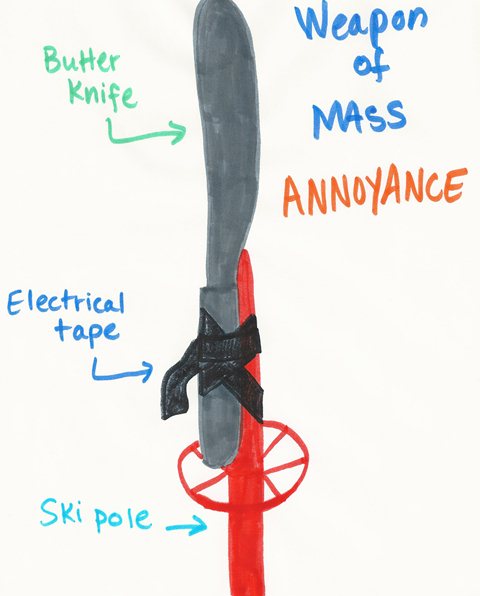 Heidi and her brother (mostly her brother) crafted their weapons with more items pilfered from the forbidden shed (and the less forbidden silverware drawer).
Once their lances were ready they used them to poke the ferocious beast.
Heidi did not poke hard.
Her brother did not poke hard.
Both hoped the beast would sense their intent and oblige them by dying. That way they could avoid getting in trouble.
The possum had other plans. 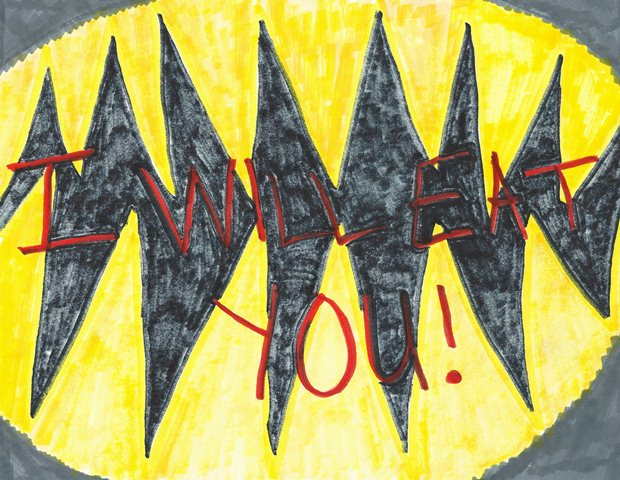 If you would like to see a very accurate photo of what the animal actually looked like, click here.
After several moments of trying to annoy the possum to death, Heidi and her brother realized they needed adult help. They faced the music and told their mom about the monster in the garden. Heidi’s dad came home from work and sent the possum to live on a rainbow farm, far in the country.
Heidi grew up a little bit that day.
She was sadder.
She was wiser.
And her smile developed a tiny hint of evil around the edges. 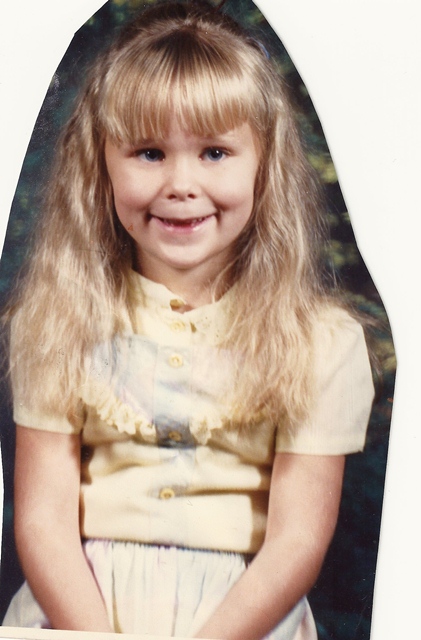 *Yes, we really did catch frogs with fish hooks. We tied colored yarn to our hooks, then standing on a highway bridge over a creek (because every successful childhood includes playing, unsupervised, on the highway) we lowered our hooks and danced the yarn in front of frogs’ faces. They always took the bait. We’d reel them up, remove the hook, load up our backpacks, and take home dozens of new friends. Isn’t that how everyone does it?